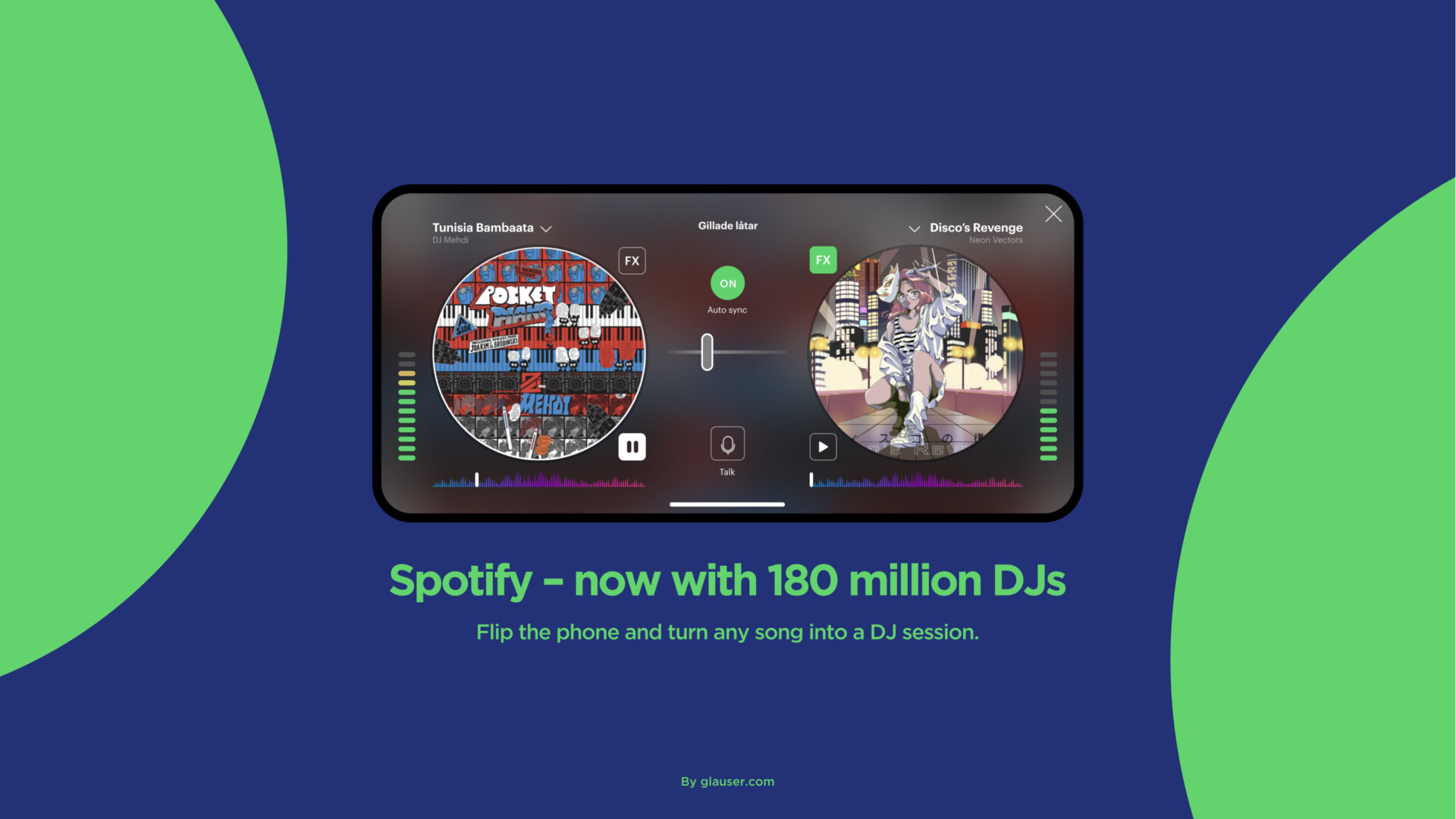 When I was young I used to occasionally run clubs and pretend I was a DJ. I also loved going to record stores and see real DJs perform awesome acts of mixing, scratching and just getting the dance floor going.

I know real DJs are talented people who have practiced a lot to get where they are today.

But there is also something fun and creative about DJ-ing I think more people should try.

There are a lot of DJ apps. More or less good ones. Like Traktor DJ 2 or the more innovative Pacemaker. But the app that most people already have when it comes to music is Spotify (unless they have Apple Music or some other competitor). I also have a special connection to Spotify as it’s Swedish and I worked with a startup called Soundtrap that Spotify later bought.

I think adding a DJ mode to Spotify would make the app much more interesting and fun. It could also be a way of differentiating it against the competition.

A reason to spend time in Spotify

Right now there is not many reasons to actually spend time in the app except listening to music or curating playlists. Adding a DJ mode would add a creative component to the app where you interact with it more.

I created a quick concept on how it could work. I haven’t spent much time on design or details but think being able to enter DJ mode quickly through an icon, or even flipping the phone to horisontal mode would be a great way of doing it. Maybe you need to opt in to activate it so it won’t surprise people too much.

The DJ mode could be a classic view of two turntables showing the covers of the songs playing with auto selection of the next song in your cue or playlist.

Auto sync could be enabled from start with the option to take over and scrub, stop, play, crossfade and even scratch.

There needs to be some kind of BPM setting and maybe some fun effects like flanger, echo, robot or tap to play sound effects like a siren or drum solo.

If it’s possible license wise it would be awesome to be able to save a mix and share it with friends. All within Spotify. And Spotify could invite famous DJs to create special mixes that you can open up in DJ mode and play and change.

Making it a creative place for mixing music. Maybe the next DJ stars will be born on Spotify. Who knows.

Would be super fun and I think would make Spotify more unique compared to the competition.